The Knicks were PUMMELED this off season, on Twitter and by the sports media elite, when Kevin Durant and Kyrie Irving signed with Brooklyn. Two things seem to have happened:

Like everything else in life, it was probably some combination of all of the above.

On top of that, Anthony Davis, who had requested a trade to either NY or LA, was traded to the Lakers, reportedly because they had more assets to offer than the Knicks. It was also reported by ESPN’s Zach Lowe that league execs are collectively down on Kevin Knox, Frank Ntilikina, and Dennis Smith Jr.

After finishing with by-far the worst record, they didn’t get the 1st pick the vaunted Zion Williamson. They whiffed on all the major free agents. The media says it’s all James Dolan’s fault and no top free agents want to play for NY.

They then went about and used their 2-max-slot contract space to sign a number of good-not-great players. Some called them role players. They were castigated for this — for example Bill Simmons said, “Any smart front office would have signed Randle and then kept the other 60m open to become a way station for bad contracts over signing 5 role players to 1 and 1 deals. They aren’t trading those guys for anything other than 2nd rounders. Congratulations dumbasses.” 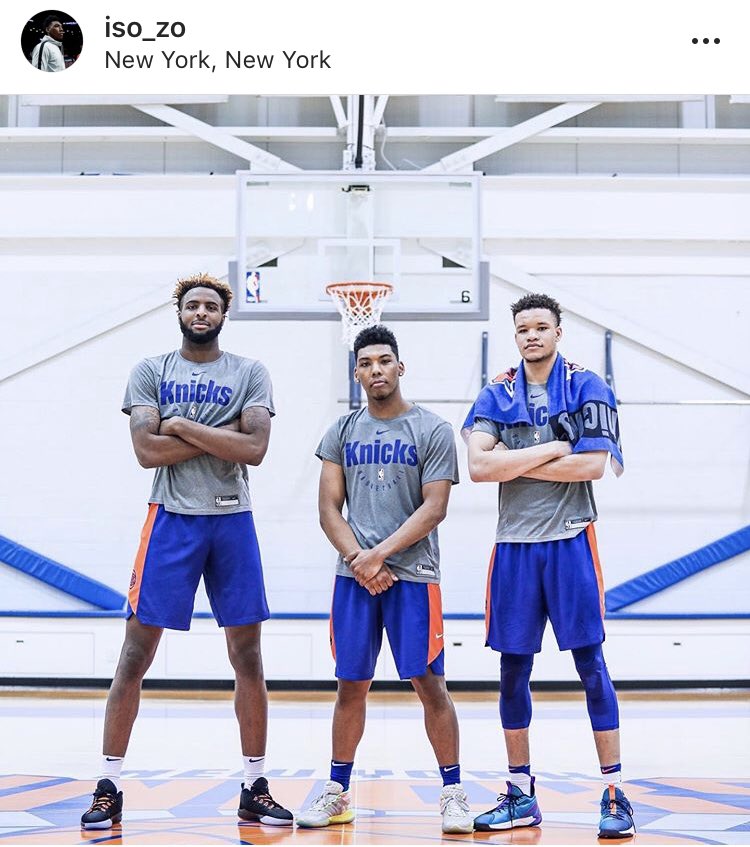 Good Things About the Knicks Heading Into 2019-20 Season

As we go into summer league and then the 2019-20 season, Knick fans are looking at this:

Hold off on that 50+ win prediction for the Knicks this year; we’ll have to see a few more games first. The Knicks led big early, but Indiana kept cutting into their lead, until the […]

Same old story — the Knicks couldn’t close against a good team, losing by 2 points — this time to Boston in Boston on a Wednesday night. NY has now lost 5 of their last […]

Jesus Christ did the Knicks SQUEEZE this one out. Up 17 with 9:21 left the Knicks scored only 2 points in the next 6 minutes as the Celtics whittled their lead down to 2 points […]