We all live in Knicks City. Two million people follow the Knicks on Twitter. And that’s only Knick fans who use Twitter. Seems like everyone you talk to in NY is a Knicks fan. You see Yankee hats all over but there are many Mets fans. With the Knicks — it seems like every New Yorker is a fan and has an opinion on the team. So as much as the Yankees seem to own NY, the Knicks are the city’s team. Even with the Nets now in Brooklyn.

Knicks.City is a site devoted to telling the story of the Knicks. Every game. Their history too. With analytical coverage intermixed. The New York Knickerbockers — not named after basketball shorts or ‘knickers’ but a Knickerbocker — who was a Man About Town in the 1800’s. 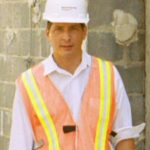 Lou has been a Knick fan since 1972 when he was 10 years old. Fell in love with the game watching Knick games in his bedroom on a 10″ black & white TV. Since then he has watched, listened to, or read about every Knicks game. Every one. Thousands of games in NYC schoolyards in Brooklyn and Staten Island, and was on an industrial basketball team once for a while. 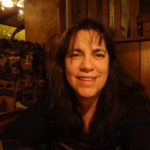 Terri is ‘the wife’ who watches almost as many Knicks games as her husband simply because, they’re always on TV. Excellent observer with intuition and can cut right to the point; for example “Why isn’t Porzingis sitting with the team? There’s something wrong between him and the coach.”